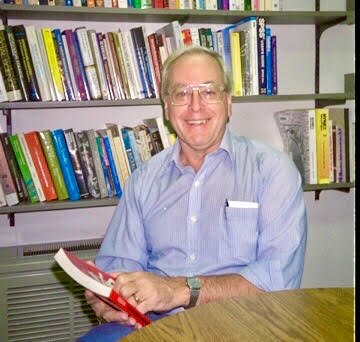 Dr. William (Bill) Aho is Professor Emeritus of Sociology at Rhode Island College. He received his PhD and MA from the University of Notre Dame and a BS Ed. from Fitchburg State University. He served on the faculty of Rhode Island College from 1977 to 1995. During his time at RIC, he published 14 scholarly articles in refereed journals. Aho received a National Endowment for the Humanities Research Fellowship in 1983 to carry out research in Trinidad and Tobago.

The information posted below is being provided with the expressed permission of Dr. Aho and we thank him for providing this wonderful resource.

Here is a video of Dr. Aho’s research from YouTube. It is a general overview of some of the information gathered during his visit to Trinidad around 1983. Here is the script for the video below: Aho Steelband Script 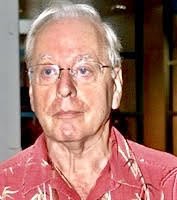 Below is a collection of interviews that Dr. Aho conducted during his research in Trinidad and Tobago in 1983. Additional, transcripts of these interviews are available for many of these. NSSBE hopes to provide searchable PDF versions in the future for ease of research.

Visual artist known for abstract painting and sculpture and worked for the Ministry of Culture. He created public spulptures including Tribute to the Steelband Movement (1972) dedicated to Spree Simon in Tamarind Square and Lord Kitchener (1994) outside the Harvard Club in St. James.

Goddard wrote Forty Years in the Steelbands 1939 to 1979 and was an ardent leader in the steel band movement. He was a former president of the Steelband Association

Henley was the founder of the all-female Girl Pat Orchestra, which formed around 1951-52. The band made trips to Guyana and Jamaica.

Holman began playing with the Invaders when he was 13 years old. He later arranged for Invaders, Starlift, Phase II Pan Groove, Exodus, Carib Tokyo, among others. In 1972, Holman composed his own piece for Panorama called Pan on the Move. This paved the way for other composers to contribute original pieces for Panorama. Holman is now an international recognized soloist and composer.

A legendary pan tuner in Trinidad best known for working with Desperadoes. Also the leader of Hylanders. Awarded the national medal, Chaconia Gold in 2008.

Pierre formed the Melody Makers in 1950. The group’s name was later changed to Dixieland. In 1951, he was selected to be part of TASPO II and travel to Miami to perform. He was influential in incorporating steelpan into the church setting.

Pile was one of the founders and the vice president of the Steelband Association in 1950. He is remembered for have encyclopeic knowledge of the steel band movement and development of the instrumenthaving lived through tamboo-bamboo, the dustbin / found metal transition, and onto a fully developed family of instruments.

From the police band to being a leader, conductor, arranger, writer of test pieces, Anthony Prospect was a leading figure in the steelband movement. Prospect joined the Trinidad and Tobago police band in 1944 and retired in 1982. He won the Steelband Music Festival in 1982.

Slater is a renowned pan tuner and has worked with Rudolph Charles and Bertie Marshall. He worked tirelessly to learn about the characteristics of metal and refine new ideas such as the bore pan.

Hill was a Trinidadian playwright, actor, and theatre historian. He wrote The Trinidad Carnival: Mandate for a National Theatre.

Below are some photos that Dr. Aho took while in Trinidad. All pictures are used here with permission from Dr. Aho.

Some other published works from Dr. Aho that address the music of Trinidad and Tobago include the following. These are not available here, but are provided for your information.